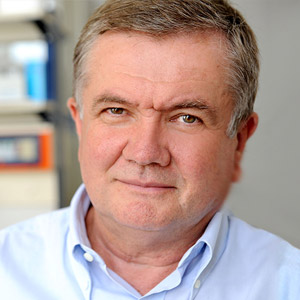 Principal Investigator and Professor, Faculty of Medicine, University of Rijeka, Croatia
Chairman of the Department of Histology & Embryology
Chair of the Center for Proteomics

Prof. Jonjic is a world leader in the field of viral immunology. Over the years he was awarded with many grants and prizes for his achievements and held many executive positions within the University of Rijeka and in national Croatian Societies. He is a member of the German National Academy of Science – LEOPOLDINA, and a Board Member of several leading scientific journals. In 2006 Prof. Jonjic established the Center for Proteomics which specializes in the generation of monoclonal antibodies in a high-throughput manner. Later, he has established a modern animal facility to further support the development of biomedical science. Prof. Jonjic’s group has more than dozen active collaborations with various research institutions in Europe, US and Canada. Nectin’s pipeline is the outcome of his collaboration with Prof. Mandelboim.