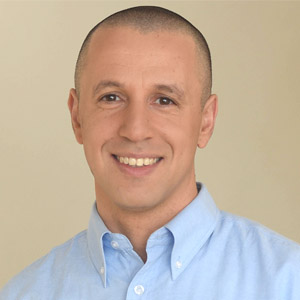 Dr. Pini Tsukerman is an immunologist by training and a pioneer in the field of checkpoint inhibitors. He received his Ph.D. from the Hebrew University in Jerusalem, where his research focused on the molecular and cellular mechanism of immune surveillance and the generation of novel therapeutic agents. Pini is listed as an inventor of many intellectual property submissions, presented in several conferences, and authored many high-impact, peer-reviewed manuscripts, and abstracts. He is the recipient of numerous excellence awards including Bester award for cancer research and Kaye innovation award. Pini’s scientific achievements laid the foundation for the first Nectin Therapeutics program, and following the establishment of the company in 2017, he was named Chief Scientific Officer. Pini is mentoring the team and leading all research and discovery functional areas in the organization. In this role, he successfully steered the company from infancy to IND.